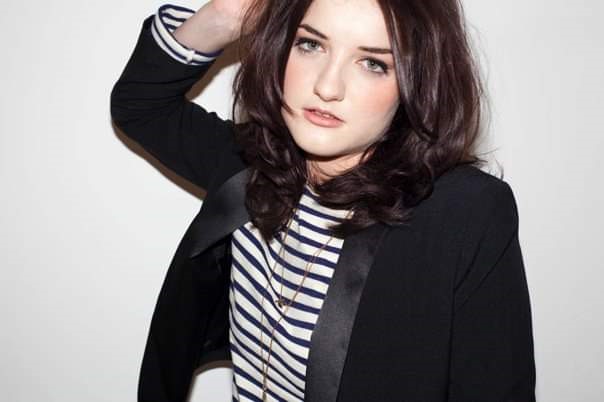 Katie Sutherland is a singer-songwriter and multi-instrumentalist hailing from Kirkintilloch, Scotland. She began her career in 2007 as the vocalist and guitarist for Indie Pop outfit Pearl and the Puppets before leaving the band to write and release music under her own name in 2011.

Pearl and the Puppets were signed to Rocket Management, Universal Republic and Warner Chappell publishing and enjoyed great success not only in live performance (headline sets at Wickerman and Rockness festivals, tour support for Elton John, Sugababes and The Hoosiers) but also in tv syncs, having their music used for a variety of adverts including Vodafone & Victoria’s Secret.

Click here to read about Pearl and the Puppets selection as ‘band of the week’ by The Guardian.

Through Pearl and the Puppets and Katie’s solo efforts, further tv syncs and placements include Orange Mobile, Google, Double Tree Libero and Maxinutrician, and even a film placement for the trailer of Romantic Comedy Tamara Drew. Katie’s songwriting successes also include listing on the ‘B playlist’ for BBC Radio 1, Radio 2 and Radio 6, along with featuring on many other regional radio playlists.

Katie Sutherland’s sound is often placed in the same region as that of Kate Nash, Regina Spektor, Feist and Dido, strong names with which to be associated. She is renowned for great top lines, folksy acoustic guitar riffs and her unique, mannered voice that retains a subtle nod to her Celtic upbringing.